Where did D’Appy Deals come from? 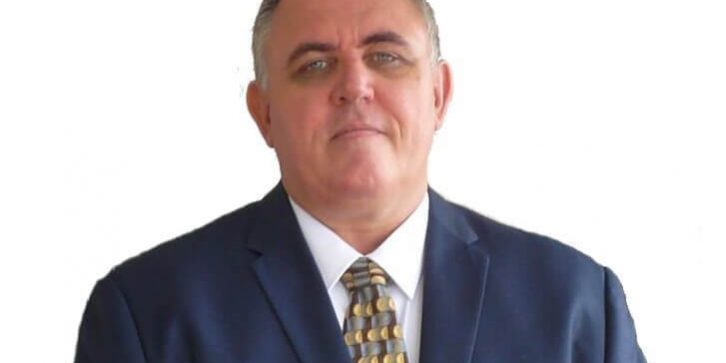 To start anything can be the hardest thing in the world. Look how hard it can be for some of us to start a relationship, a project, a school assignment. Me, I’ve started a lot of things in my life but nothing as big as this.

My Name is Daniel Dyer. I am the Founder of the D’Appy Deals App and company. I’m sure some of the great names we hear about, all look back on their lives and think. I started from nothing and built this BIG something. I too want that experience someday. Today, I can look back over the last 18months since I had a Bright Light go off in my head and I stepped into the void of Big Risk!

To start out I will say I have always been a hard worker. Like my parents who both showed me that if you want to achieve something you have to work for it. I was born in Blenheim, New Zealand. At the age of 11 I wanted some money. So my Mother suggested I go get a job working in the fields of the local Garlic Grower. So I did just that. I turned up at 7am on these, hot summer days of my school holidays, and worked in the fields topping and tailing garlic. It was hot, it was dirty and we got something like $4.00 a bucket. I managed about 3 buckets. In 1982 $12.00 was a lot of money for an eleven year old boy. So I started to earn money. I did that every school holidays till at the age of 13 my parents bought a Fish and Chip shop in Scott Street. After the first few weeks of helping my father in the shop, he decided to put my sister and I on the payroll. Thats when I became the Burger King of Blenheim (self titled after a customer told me I was like a burger king). I sure could cook a mean juicy burger. As I grew up School was not my strong vocation. I couldn’t wait to leave and get a real job. This happened at the age of 18. I got a job as an Apprentice Typographer (Graphic Artist nowadays) at Knight Print. It was a challenge and I really enjoyed the creative side. Over time the Boss gave me some responsibility and I was creating and working with a few select clients.

In 1992 I decided that I wanted to see the World! So I got a job in a Summer Camp in California, USA. That started me on a trip of discovery and excitement, that still today counts as some of my fondest and dearest memories. Living and relying on your own wits. Can have a lot of challenges, but I always found someone who was willing to help me on my way when ever I needed it. After the US I wound up in the UK and travelled most of Europe with a very special friend I’d met. Back then work consisted of doing many odd jobs as well as working in Bars to earn some money to travel on. One of the most memorable, was the 6 weeks I worked as a Theatre Porter at the Chelsea Westminster Hospital. “You never know the human body, till you see it from the inside”. I finally settled on the Security Industry in London. An explosive time with the IRA causing havoc on the City. A few close calls, but I managed to survive. All up I have worked for 15 years in the Security industry. After Uk I made my way to Australia where I wanted to visit my sister. That was end of 1994, today I’m still visiting. So I ended up working in the Security Industry here in Australia. It had some great moments and people I have meet along the way. To all those celebrities that I conversed with, helped or hid from the public. “How ya doing?”. Thomas, I still remember playing the playstation F1 racing game in the Williams Team garage in Melbourne. Great times! 2002 I was back in Europe to Holland for a time helping a friend.

Before long It was back to Australia. Where in 2003 I was taken on as a Wine Consultant for an International Family Company. The job involved selling wine to clients in their homes, shows and events. Again lots of great memories and stories to share. It is also here that I started to talk to business people from all walks of life. My clients were diverse in their expertise and often over a glass or two of wine. Conversations would come down to how hard it is to get business and keep it. But the hardest part was watching these wonderful peoples lives ruined when the GFC finally hit Australia in about 2010/11. I saw hard working business owners lose their businesses and some a lot more. It was heart breaking for me to see this but, it was also affecting my business. I wanted an affordable way that Business owners and businesses could communicate with their customers and tell them what they have. Without the high cost of advertising and marketing. So while driving home from work in Aug 2016, I had an idea.

That night I sat at my computer and jotted down this idea as I saw it working. I knew right away that I wanted to make an App. Its the most cost effective and connected tool that nearly everyone carries. I found an App development company that was local and I could go see them in person. So the next day I rocked up to their hidden away office space. I met the owner and told him and his team I have an idea for an App, can I find out if its viable. They were gracious enough to take the time to sit with me and indulge with my idea. Apparently everyone else does this via email. I like to be different and I believe the only way to get a feel for someone is to meet face to face. Its what my App is all about. From that meeting, I had to decide if I wanted to take the plunge. I did and I have!. I have no experience with app development so I was an anxious father waiting for it to become real. So after more than 12 months with all the days and nights of waiting for my idea to be alive. It became a reality on the 16th Dec 2017, D’Appy Deals App was finally released officially.  As with any first timer I made mistakes and I’m sure have many more to make. There are people out there wanting to tell me where I went wrong. Thats Ok, its my journey and making mistakes in life is just a part of the process of learning.

So now its a reality! The new challenge is getting people involved with the App. With the ability to make your business so much easier to market and cost effective. I believe D’Appy Deals is the way of the future.

Thanks for reading, I look forward to keeping you informed about the future of D’Appy Deals and my journey.

Don’t forget to download the D’Appy Deals App and support your local businesses in your area.